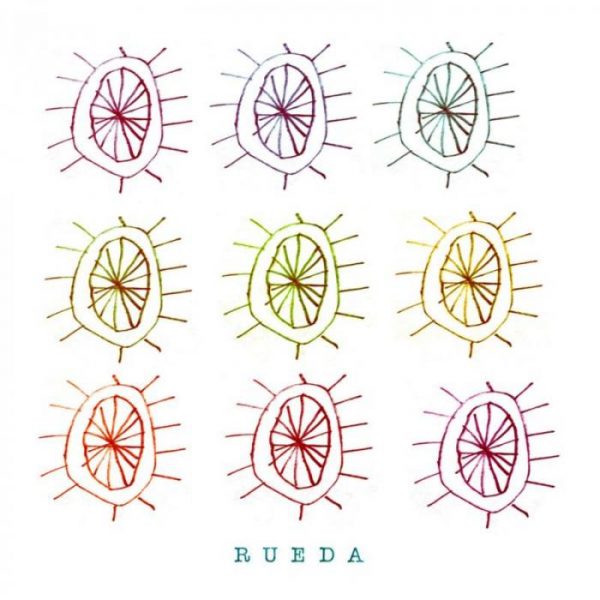 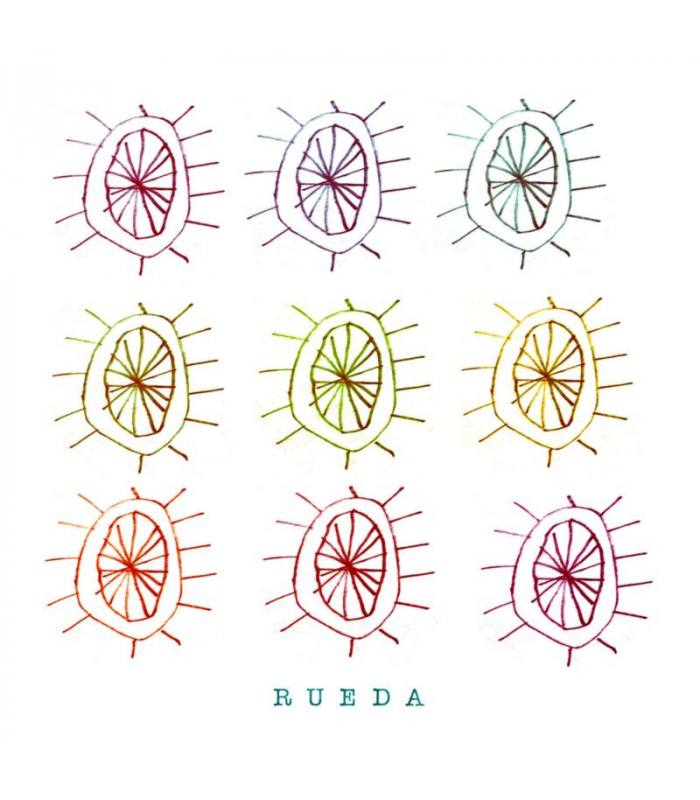 “RUEDA” is the name of Rafa Rueda’s new project. He has linked guitar, voice, electronics and literature in the eight songs that make up his sixth long-form solo work. In it he has set to music texts by Inge Muller, Joseba Sarrionandia, Iñigo Astiz, Audre Lorde, Mari Luz Esteban, Josu Goikoetxea and Elena Olabe.

Jon Agirrezabalaga (WAS) handled artistic production, recording and electronics. They completed the work at the “El Tigre” studio in Bilbao.

We’d especially like to emphasize the participation in a number of songs of the 30 young voices that make up the “Euskaria” chorale, emblematic of voice as the major musical instrument on RUEDA. 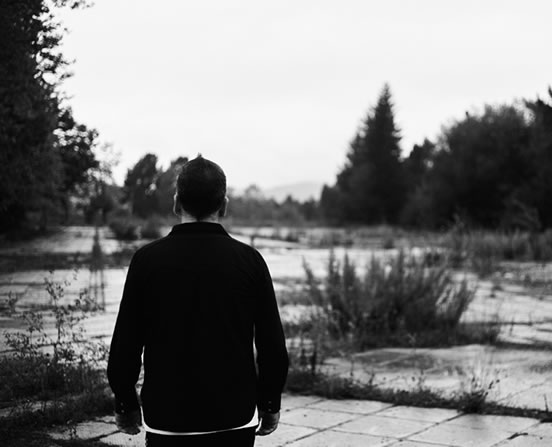 Rafa Rueda (Mungia, 1972) is a Biscayan Basque singer and guitarist, working in the pop-rock genre. In the 1990s and early aughts he was also lead singer with the bands Broken Bihotz and PiL.T. and, since 2015, has been a guitarist with the Zarautz band Lou Topet as well.

Rueda first came to wide notice as PiL.T.’s singer and guitarist, especially thanks to the hit song Hil da jainkoa (God Is Dead), but over the pastdecade and a half he has set metal aside and developed a solo career in pop-rock. As a matter of fact, he took advantage of a PiL.T. hiatus to record his first solo album, assisted by three other musicians: the PiL.T. bassist David Gonzalez, who has also worked with Berri Txarrak; the guitarist Joakin G. Pikaza, of the groups Ama Say and Zein?; and the drummer Borja Barrueta. Rueda titled this ten-song work Kea (Smoke; Metak, 2003). Removed from the sonic experimentation of the PiL.T. albums, on his first solo disc Rueda sought to undress the songs. He picked up on the influences of Jeff Buckley, Elvis Costello, and/or the Beatles in these songs.

Three years later came Saredun eskua (The Hand with the Net; Gaztelupeko Hotsak, 2006), his second album, but before that Rueda coordinated a disc in homage to the poet Estepan Urkiaga Lauaxeta:Ehungarrenean hamaika. Lauaxeta 2005 (Eleven on the Hundredth: Lauaxeta 2005; Gaztelupeko Hotsak) A number of singers participated on the album, each setting to music a Lauaxeta poem, and Rueda was in charge of artistic production, in addition to composing and recording the song Kanta ariña (Light Song) for it. He recorded Saredun eskua, at the Katarain studio in Azkarate (Navarre), with the musicians from that anthology album—David Gonzalez, Rufo Urbina, and Mikel Azpiroz (of Lau Behi and Elkano Browning Cream)—and he turned to a number of friends for the lyrics: the writers Gotzon Barandiaran, Jon Benito, Kirmen Uribe, and Edorta Jimenez, the bertsolari Unai Iturriaga….

That same year Rueda returned to Katarain in Azkarate, along with the singers Txuma Murugarren and Petti, to record the three-handed shared disc Hauxe (This Very Thing; Gaztelupeko Hotsak). Each recorded two songs and collaborated on a seventh. Rueda’s: Hodeietan (In the Clouds) and a version of the traditional Basque song Boga boga (Row On).

With his third album, Rueda took up self-production. He recorded Zuhaitz okerretan gora noa (I’m Climbing in Crooked Trees; 2008) with musicians from the US, as a result of a friendship between the sound technician Jonan Ordorika and the bass player Fernando Saunders. In addition to the bassist from Lou Reed’s group, Rueda was accompanied by the cellist Jane Scarpantoni (who has worked with Reed, Bruce Springsteen, Sheryl Crow, Patti Smith, and others), the percussionist J. T. Lewis (Marianne Faithfull, Living Colour, Herbie Hancock, Reed…), and the sound artist Zeljko McMullen. And the Navarrese guitarist Joseba Irazoki (Atom Rhumba, Petti…) sat in as well. They chose the song Loturak (Links) to be the album’s single, and Mikel Clemente directed the music video. Among the disc’s ten tracks is a version of the song Paris 1919 by the Welsh musician John Cale (The Velvet Underground).

Enaren geometria (The Geometry of Swallows; 2011) was Rueda’s fourth solo work. It revolved around the concept of ceaseless change, as Rueda explained at its launch. He recorded it, as usual, with Jonan Ordorika in Azkarate, but he reworked the grouping of musicians: Txus Aranburu and Arkaitz Miner (Tapia eta Leturia, Ruper Ordorika…), Iban Urizar (Amorante, Andrakan, Cafe Teatro…), Jaime Nieto, and Rueda’s Pi.L.T. associate Jose Manuel Sampedro Xanpe. As with the previous disc, Rueda turned to self-production to bring it out, but in this case he offered it for sale only on his website and at concerts. Ez al dakizu (Don’t You Know) was this album’s single.

In 2017 he brought out the album Hiri kristalezkoa (City of Glass), a ten-song conceptual work about the concept of the city. A number of writers contributed lyrics: Harkaitz Cano, Unai Iturriaga, Gotzon Barandiaran, Miren Amuriza, and Leire Bilbao among them. The lyrics of one of the songs—Irina’s—are his own, however. On the album he relied on the work of musicians Jaime Nieto, Txus Aranburu, and Ander Zulaika and recorded it in the Elkar studio with Jon Aguirrezabalaga producing.

His latest project, from 2020, is RUEDA (ZART), which from here on in will become his hallmark. Made up of eight songs that have as their foundation guitar, voice, and electronics, the disc contains poems—by Joseba Sarrionandia, Elena Olave, Iñigo Astiz, Mari Luz Esteban, Audre Lorde, Inge Müller, and Josu Goikoetxea—that Rueda made into songs with the collaboration of the Bilbao Chorale Association’s “Euskeria” chorale and, once again, the producer Jon Aguirrezabalaga.

Interspersed among the discs he recorded as a soloist, Rueda has participated in a number of performance pieces that united poetry and music. In 2003, in collaboration with Kirmen Uribe, Mikel Urdangarin, Bingen Mendizabal (Nahiko, Hertzainak), and the artist Mikel Valverde, he created the show Zaharregia, txikiegia agian (Too Old, Too Small, Maybe). Ten years later, the group reunited to create and stage Jainko txiki eta jostalari hura  (That Tiny Playful God). In 2010, Rueda and the writer Edorta Jimenez launched the show Haragizkoa (What’s Fleshly). Rueda set to music poems from Haragizko amoreak (Fleshly Loves, Susa), a book published that same year by Omar Nabarro—the heteronym Jimenez uses to sign his poetry—and, assisted by bassist Jaime Nieto and photographer Joseba Barrenetxea, they took the show on the road. Afterward, they documented the collaboration in a CD-book.

The offering HARIAK (Threads) came in 2017, based on the eponymous book by the writer Yoseba Peña and staged with actor Iraia Elias and bertsolari Nahikari Gabilondo. As a producer, Rueda has worked with such artists as Petti, Txuma Murugarren, Anje Duhalde, Jon Enbeita, or the group Kokein.

Rueda has also composed for the theater: Lauaxeta herri opereta(Lauaxeta: A People’s Operetta; Maskarada, 2005); Otehitzari biraka (Words Around Oteiza; Kukai-Tanttaka Dance Company, 2006), with Mikel Urdangarin and Bingen Mendizabal; Ohean (In Bed; Maskarada, 2008); and Antartikako lorea (Antarctic Flower; Erre productions, 2010). He likewise handled the musical side of the show Hemen gaude (Here We Are), which was among the commemorations of the seventy-fifth anniversary of the bombing of Guernica. In 2017, in collaboration with Aritz Aranburu, he composed the music for the contemporary-dance–theater work Lua Kastore (Ma collective). In 2021, also with Aranburu, he composed the soundtrack for the fictional podcast Artxipielagoa (Archipelago; Ulu media).

Today, he is a member of the ZART creators’ collective, along with Harkaitz Cano, Elizabeth Macklin, Alain Urrutia, and Mikel Urdangarin. 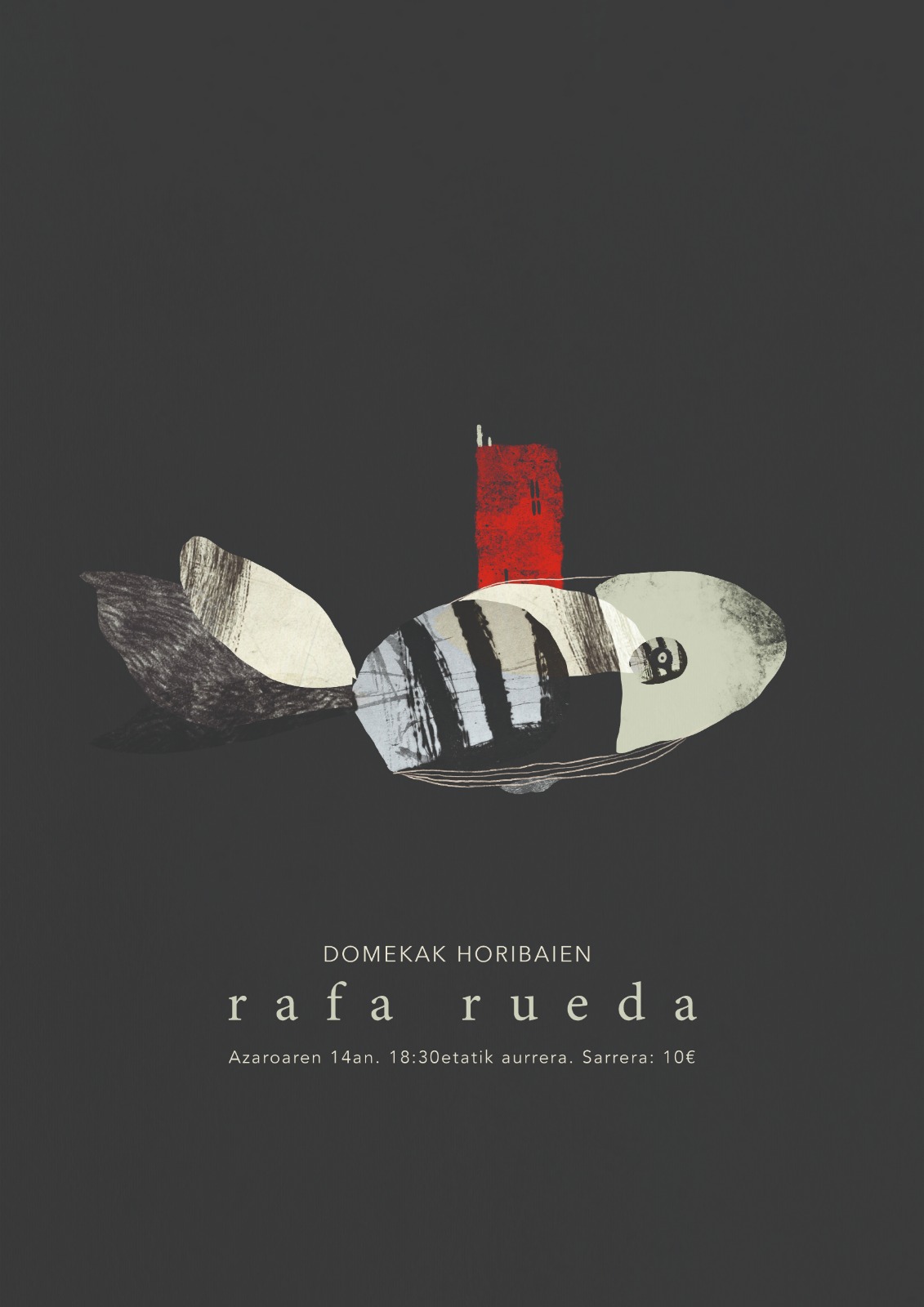 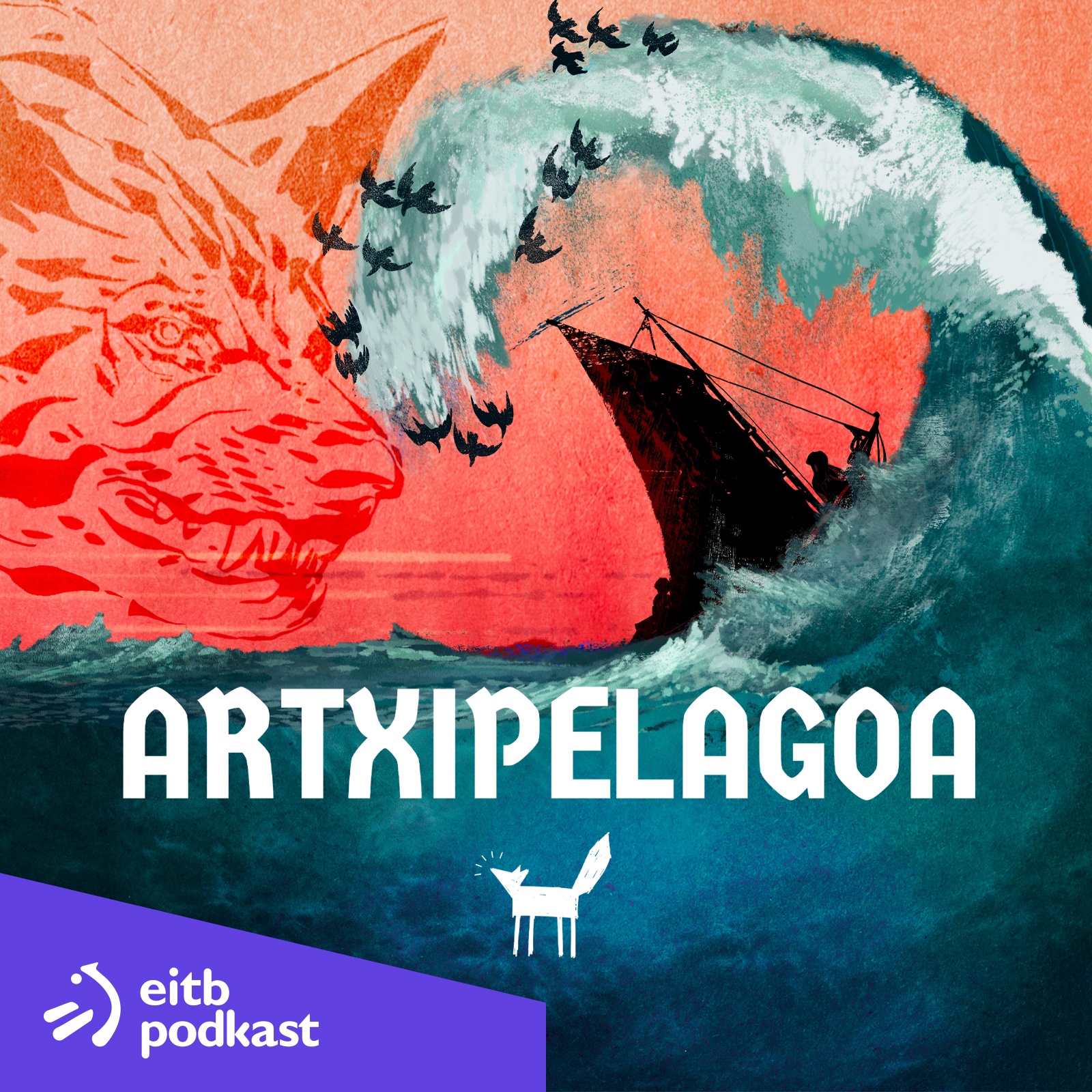 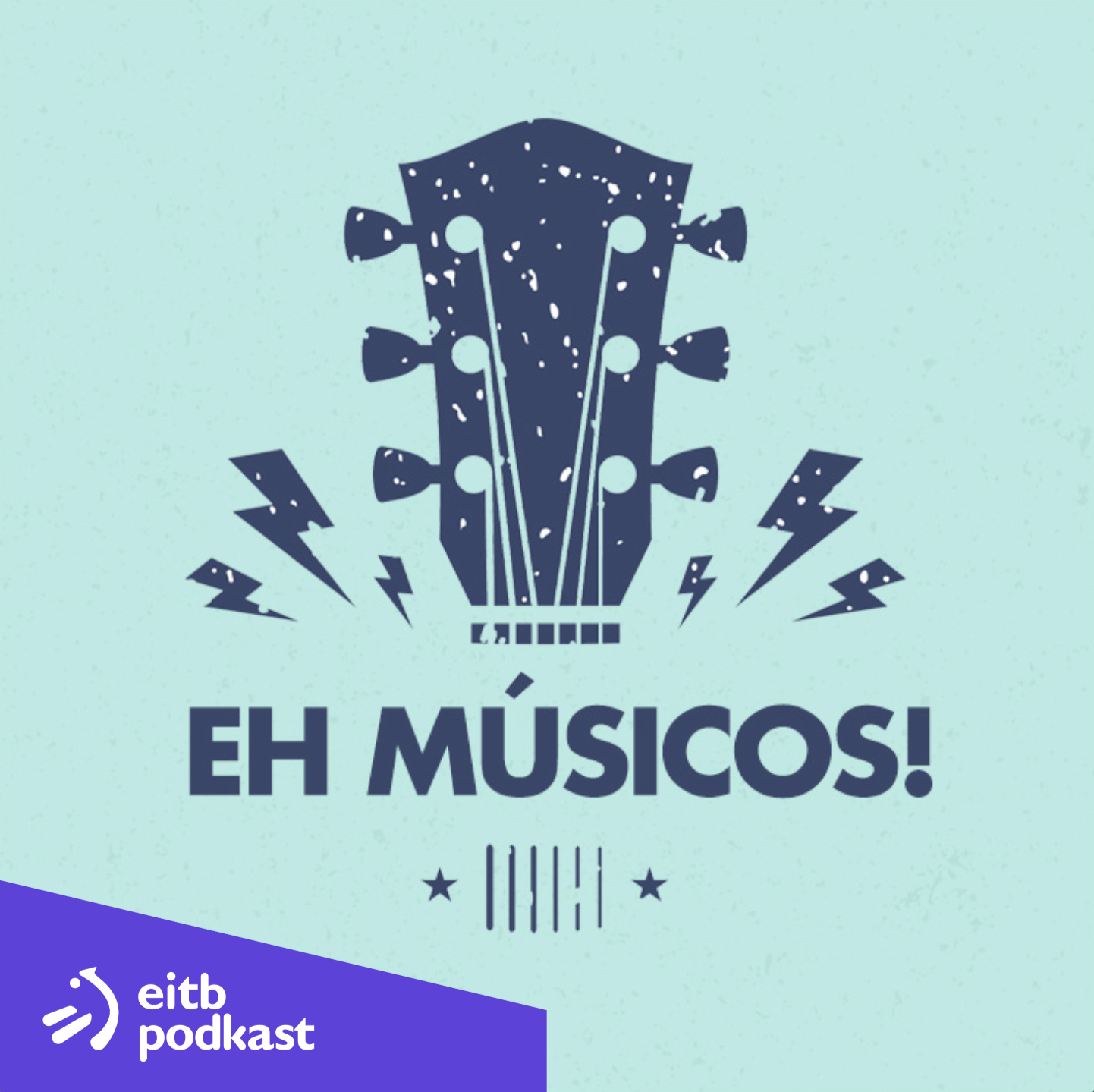 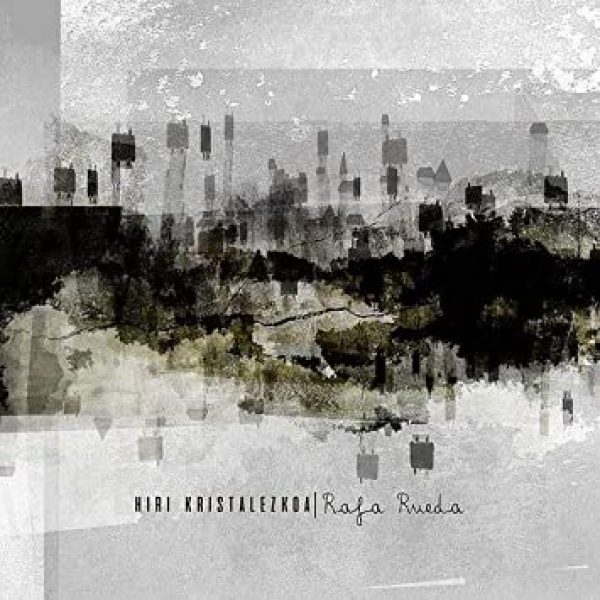 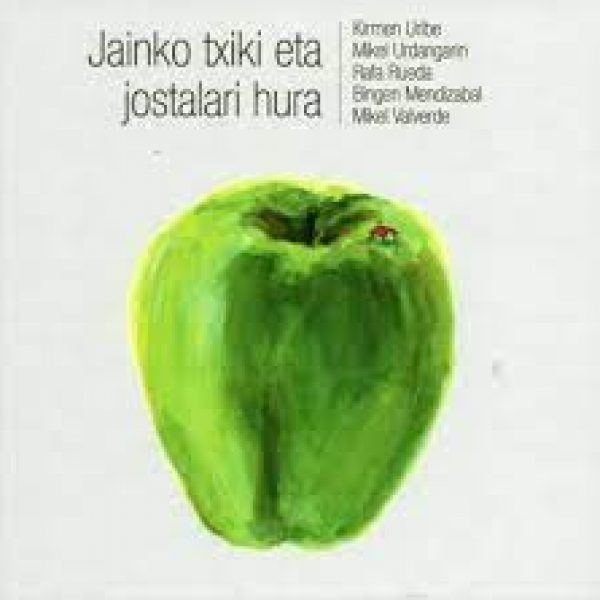 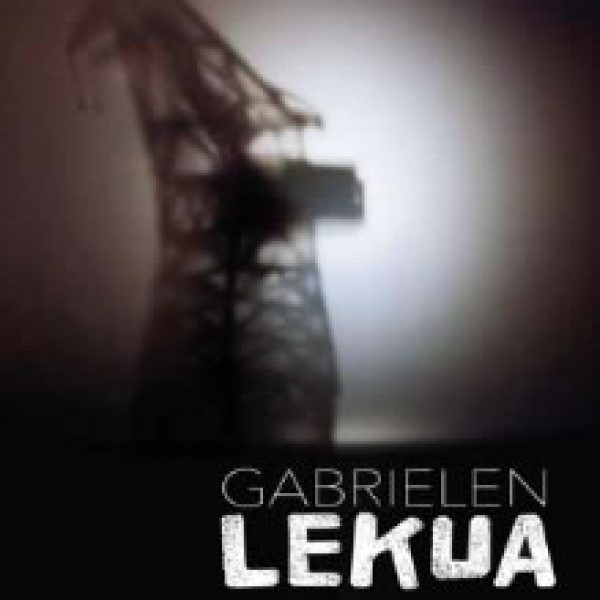 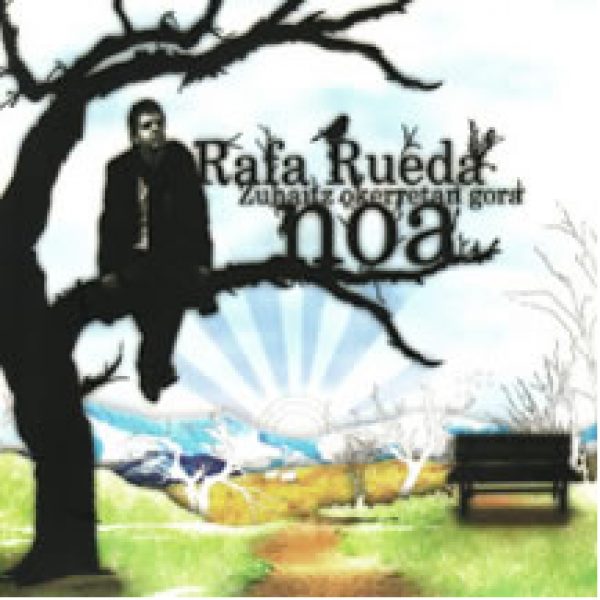 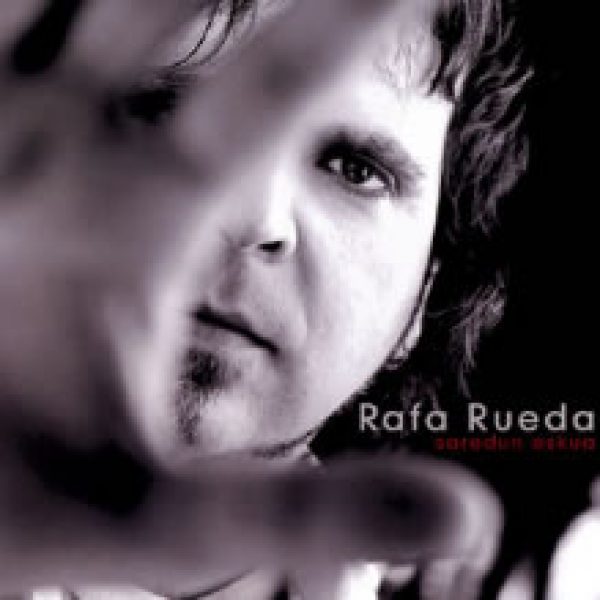 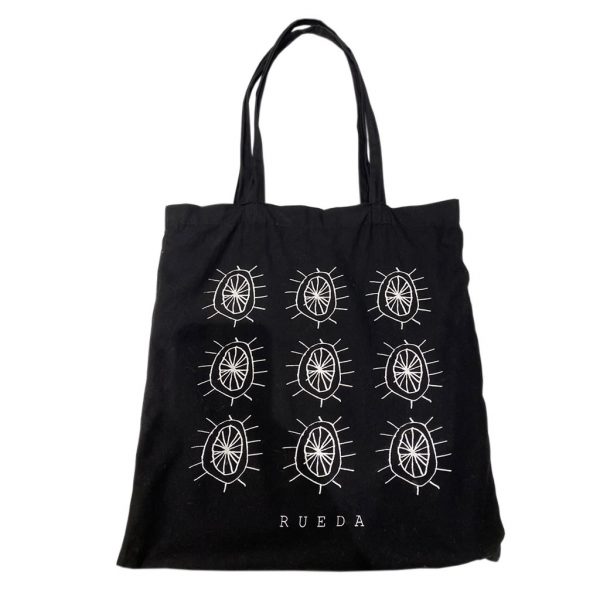 If you want to buy a product write to us at merch@rueda.eus with the reference and units and we will contact you to explain how to make the payment and the shipping process.